Born out of a desire to break down musical borders and rebel against all the sentimental Swedish polskas in the world, Trio Svin came into existence in 2011 at the renowned Skurups Folkhögskola in Sweden. The ultimate goal of the band was to prove that there is no musical idea bad enough, no tune too fast, no mashup too weird.

Keen on expanding the term “tradition” they joined forces in their desire to make dirty, gritty folk music with attitude to boot. The result became an infernal collision of heavy grooves, breakneck speeds and unrestrained energy.

Thanks to their debut album "Ornernes Magt" (2014), Trio Svin was nominated in the category “Talent of the Year" at the Danish Music Awards Folk in 2015. 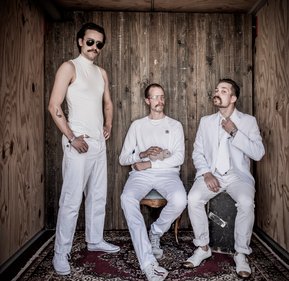 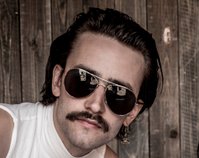 Born and raised in a folkmusic family there was no escape for Magnus. He had his stint in rockmusic for a while, but there was just too little sex, drugs 'n... plenty of rock 'n roll, but he decided to stick with folkmusic in the end. Has over 5000 hours on steam. 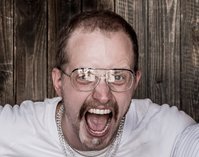 Thyges love for music is only surpassed by his love of speculating in the magic card market where he makes most of his living. Responsible for the bands illegal import of bluegrass and pindakaas. Tallest guy around, fastest fiddler in town. Addicted to stupid animal videos. 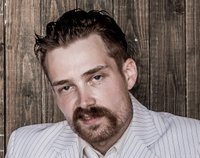 Dangerously muscular handyman with a militant attitude, proficient in both  welding, carpenting and metalwork. Has a passion for bikes, rock climbing and linux. Plays guitar once in a while. Has nipples that will cut you in half and talks way too much about his hobbies.